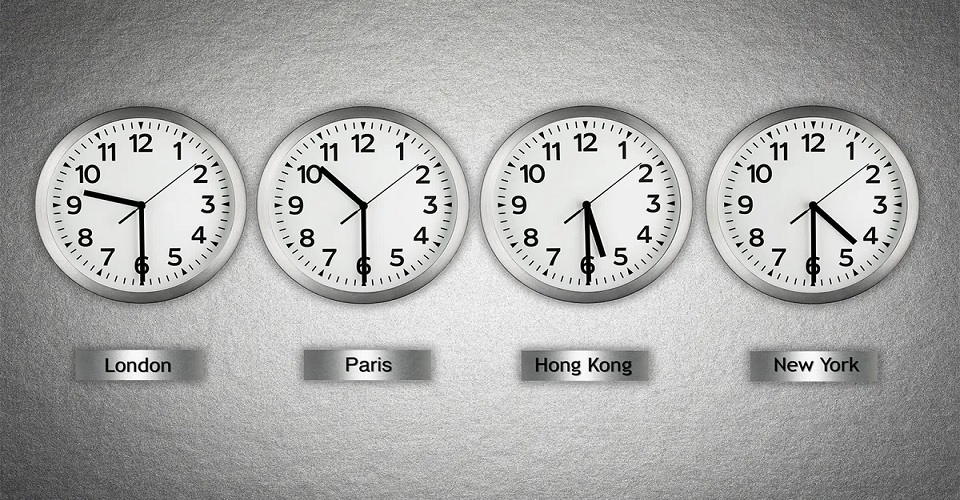 Hence traders are able to buy and sell currencies throughout the day, any time. The main reason behind these trading hours is that the Forex market is a global market which has to meet the needs of traders from all over the world regardless of the varying time zones. Moreover, it is a decentralised market, which means that there is no single physical location to which it is associated. The Forex market is made up of several computer networks across the world, which are controlled by different banks and brokers.

One key factor is that there is always a need for currencies, be it in the case of a bank, a company or an individual person. Transactions involving currencies are normal and the Forex market has greatly facilitated global trading. Every day the Forex trading day cycle kicks off in Australia and then moves on to Asian countries, followed by European countries, all the way to North and South America towards the end of that day. At the same time a new day will be starting out in Australia and New Zealand, as a new cycle enfolds. Since the Forex market is completely digital, with no physical exchanges occurring, the market operates everywhere and continuously as long as there is a connection to the forex networks.

There are some times during the day when the forex market is more active. These are evidently times which are worth being aware of as there are lower trading costs, more price movements and more liquidity. During these periods major central banks and corporations participate actively.

The busiest periods lie in the crossover between London and New York, that is between 01:00pm GMT till 05:00pm GMT. During these four hours some $6.6 trillion are traded every day in Forex markets.
One thing worth pointing out is that no single day is going to be the same as any other day in the Forex market. This is because economies from all over the world are continuously undergoing changes. Besides economic changes, there are also political changes, monetary policies and various other factors.

The major currencies in the Forex market are the US Dollar, the Japanese Yen, the British Pound, the Euro, the Swiss Franc, the Australian Dollar, the Canadian Dollar and the New Zealand Dollar. These currencies trade around the clock. The currencies of smaller economies do not trade 24 hours a day since the demand for them is limited. Most traders and speculators will focus on the major currencies pairs, and pay attention to the times when each country opens for the bulk of trades. Traders typically prefer to trade when the volumes in the currency pairs are highest as this leads to smaller spreads, and lower trading costs.